Breathing in heavy traffic fumes can trigger a heart attack, according to British researchers.

The study, published in the British Medical Journal, compared data from 80,000 heart attack patients living in 15 urban areas in England and Wales with local levels of PM10 (pollutant particles), ozone, CO (carbon monoxide), NO2 (nitrogen dioxide), and SO2 (sulfur dioxide).

Researchers from the London School of Hygiene and Tropical Medicine found the chance of suffering an attack increased by 1.3% in the six hours after coming in contact with high levels of vehicle-related pollutants.

Studies show that car exhaust fumes can thicken the blood making it more likely to clot putting anyone at higher risk of a heart attack.

Heart attack risk is raised for about six hours post-exposure and goes down again after that, researchers found.

Professor Jeremy Pearson, associate medical director at the British Heart Foundation, which co-funded the study, said: “This large-scale study shows conclusively that your risk of having a heart attack goes up temporarily, for around six hours, after breathing in higher levels of vehicle exhaust.”

“Unhealthy diets and smoking are much bigger heart attack risk factors, but car fumes are the cream on the cake that can tip you over,” Pearson added. 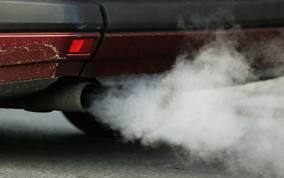