Too little or too much salt intake may trigger the same risk for diabetics and people with heart disease, according to researchers.

Salt intake reduction is still recommended in people consuming more than 6,000 or 7,000 milligrams of sodium per day, said Dr. Martin O’Donnell, lead author of a study published in the Journal of the American Medical Association.

But people who already consume moderate or average amounts of salt may not need to reduce their intake further, added O’Donnell, an associate clinical professor at McMaster University in Hamilton, Ontario, in Canada.

After years of seemingly happy agreement that people should lower their salt intake, experts recently have begun debating whether or not lower salt intake is actually good for everyone.

One recent study found that although cutting back on salt does lower blood pressure, it may also increase levels of cholesterol, triglycerides and other risk factors for heart disease.

However, in the latest study, results were somewhat different, the authors looked at how much sodium and potassium were excreted in urine in a group of about 30,000 men and women with heart disease or at high risk for heart disease.

In this study, sodium excretion levels that were either higher or lower than the moderate range were each associated with increased risk.

People who excreted higher levels of sodium than those with mid-range values had a greater risk of dying from heart disease, heart attack, stroke and hospitalization for heart failure, the report found.

On the other hand, people who excreted lower levels than mid-range were at a raised risk of dying from heart disease or being hospitalized for heart failure.

But when the researchers assessed potassium levels, they found that a higher level of excretion of the nutrient was associated with a lower risk of stroke.

“The importance of potassium intake needs to be emphasized, a finding that may be lost in the discussion on sodium,” said O’Donnell. “Diets rich in fruit and vegetables are also rich in potassium intake.” 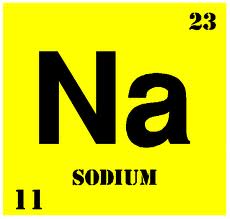