World no. 2 Rory McIlroy failed in his bid to clinch the no. 1 position from Luke Donald when he was defeated by American golfer Hunter Mahan in the WGC Accenture Match Play final.

The 22 year old from Northern Ireland was not able to replicate his earlier performance with Lee Westwood when he was 3 shots behind after 4 holes but he was able to rally and defeated the world no. 3.

McIlroy recovered his composure on the back nine, pulled back two holes and had a great opportunity for an eagle on the 15th but he missed the putt and Mahan held his nerve to halve the hole in three.

“When I hit the tee shot on 15 I thought ‘here we go’ but Hunter made a good up and down and then I knew it would be tough after that,” said McIlroy.

Mahan delivered his best performance in the final and deserved to be the champion. McIlroy will have to wait some other opportunity to catapult himself to no.1 spot of the world rankings.

The US Open champion now is looking forward to the Masters, which starts on 5 April. Mahan was delighted with the way he held off McIlroy in the final.

With his victory Mahan will move into the top 10 in the world rankings for the first time in his career. Mahan also added another elite WGC title to his resume, after his triumph at the 2010 Bridgestone Invitational. 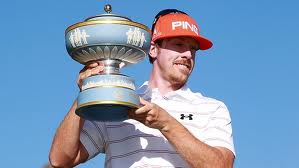