The world is now confronted with an antibiotic crisis, bacteria carried by humans are becoming so resistant to antibiotics that could make any ordinary infection potentially fatal.

Speaking to a conference of infectious disease experts in Copenhagen, Margaret Chan, director general of the World Health Organization (WHO) said we could be entering into a ‘post-antibiotic era’.

She warned that bacteria were starting to become so resistant to common antibiotics that it could bring about ‘the end of modern medicine as we know it.’

As a result, she claimed, every antibiotic ever developed is at risk of becoming useless, making once-routine operations impossible.

This would include many of the breakthrough drugs developed to treat tuberculosis, malaria, bacterial infections and HIV/AIDS, as well as simple treatments for cuts.

The stark warning comes shortly after the WHO published a new book warning of the ‘global crisis’, entitled ‘The evolving threat of antimicrobial resistance.’

The paper blamed the current situation largely on the misuse of antibiotics, which are not prescribed properly and used too frequently and for too long.

The WHO has now appealed to governments across the world to support research into the antimicrobial resistance, promotes little incentive for industry to invest in research and development ‘had led to a need for innovation’.

According to Dr. Chan, ‘Antimicrobial resistance is on the rise in Europe and elsewhere in the world. We are losing our first-line antimicrobials.

‘For patients infected with some drug-resistant pathogens, mortality has been shown to increase by around 50 per cent.’ 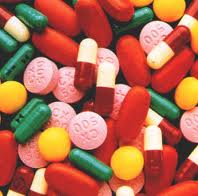