Isner hit 20 aces on his way to victory and advances to the final. He will play either second seed Rafael Nadal or third seed Roger Federer in Sunday’s final.

The American 11th seed, who is also in the men’s doubles final with partner Sam Querrey, will break into the world’s top 10 for the first time in his career.

Swiss Federer and Spaniard Nadal were scheduled to play later on Saturday in a heavily anticipated showdown, the 28th time the pair will have met in their ongoing rivalry.

Nadal of Spain holds an 18-9 career advantage over the Swiss and has won four of their last five encounters, though they are 5-5 on the hard court.

It is the second straight semi-final defeat for Djokovic after he lost to Britain’s Andy Murray at the same stage in Dubai earlier this month. 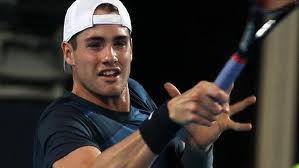