More than half of Britain is now in drought, the Environment Agency has warned, as the UK faces its most severe water shortage since 1976.

Drought has already been declared across London, East Anglia and the South after the eighth-driest year on record, affecting more than 20 million people and leading to water restrictions.

“The lack of rain is taking its toll on the environment and farmers, causing problems for wildlife, wetlands and crop production,” a spokesman said.

Parts of the country are already drier than they were in the summer of 1976, when Britain experienced its worst drought for more than 100 years.

The drought of 1976 led to standpipes being installed in residential streets, water supplies to businesses being rationed and schools having to close early.

While water companies in the new drought areas say they have no plans to introduce hosepipe bans, they are urging customers to conserve water.

Dr. Barnaby Smith, an executive at the Government-funded Center for Ecology and Hydrology, said that in parts of England river levels are lower than they were in April 1976. East Anglia is thought to be the most badly affected area.

Caroline Spelman, the Environment Secretary, is urging households to cut back on the amount of water they use.
The drought is so severe in parts of Britain that plans are being drawn up to trade water between two regions for the first time to supply more than 100,000 homes in the worst-hit areas.

Severn Trent aims to sell 30 million liters of water a day to Anglian Water, one of the seven companies that have imposed a hosepipe ban, to help ease the shortage.

Ciaran Nelson, a spokesman for Anglian Water, said that constant rainfall was needed “for weeks if not months” to reverse the current situation. “We have had less rainfall in the last 18 months than in the last century,” he said.

Anglers and environmentalists fear that the River Severn, which is experiencing a “dire” lack of rainfall, could be reduced to a “trickle” within months.

Wildlife campaigners said that if the conditions continue, plants and animals that rely on the 220-mile waterway for survival will be endangered.

John Elfed Jones, former chairman and chief executive of the company, says water is a business and, like oil, it should be sold to make money. 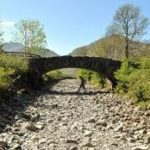 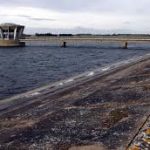