Paper bag manufacturers discovered that closures on bag bottoms were prone to insect entry and needed reinforcement as much as top closures.

Another packaging problem involves smell. Insects are attracted to packages that allow food odors to escape.

Certain plastic film overwraps that fit tightly around a package can help prevent insects from smelling its contents.

Interior plastic linings like those use in breakfast cereal boxes can be effective, blocking air from carrying aromas outside to hungry insects.

Michael A. Mullen, an entomologist at the US Grain Marketing and Production Research Center, Agricultural Research Service (ARS) has helped develop an odor neutralizer that can be incorporated in packaging materials.

He devised a laboratory choice test allowing insects to choose between a food protected by the odor neutralizer or by only untreated packaging. Insects chose the untreated one.

“Packaging should protect the commodity from the point of manufacture to the point of consumption,” says Mullen who has been working with food and feed manufacturers to help design insect proof packaging.

Often, insects get into packages during transportation or storage in warehouse. “The invaders look for opportunities to get inside food containers by searching for cracks, crevices and holes,” says Mullen.

“The penetrators chew holes in the packages.” Nine times out of ten, an insect infestation is not the manufacturer’s fault.

In recent years, Mullen has found that: Seals and closures can often be improved by changing the type or pattern of sealant glue. A pattern that forms a barrier is usually the most insect resistant.

Although packages can become infested anywhere along the marketing chain, they are most likely to become infested during long term storage.
Inside warehouses, insects start by attacking vulnerable packaging and later jump to sturdier material.

Most stored product insects are invaders, entering food and feed packages through seams and closures. They lay their eggs in the tight spaces formed when packages are folded.

These spaces give the newly hatched larvae an ideal starting spot to invade. Mullen has developed scientifically proven methods to evaluate packaging materials against insects in the laboratory.

He places 32 to 40 of each package type in an environmentally friendly controlled room for about 3 months. These packages are exposed o five species of insects. Each month, the researchers examine packages for holes and flaws in seams and closures.

Finally, they open the packages and examine the contents for insect infestations. 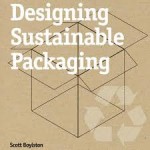 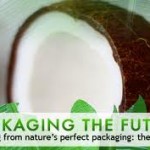