We have known seaweed as a nutrient rich food for export. But now it has known to be a versatile product that can provide multi different uses and a variety of benefits to us.

The following are more beneficial products that can be derived from seaweed:

*** A seaweed based air freshener that makes use of fresh floral scents, made of gel that is easy to handle and to pack.

*** Pastille from the polysaccharides of the eucheuma seaweed and throat soothing substances.

*** Fruity cubes, a fruity flavored candies that have a gummy texture.

*** Transparent soap that uses carrageenan (a seaweed derivative) as gelling agent which may also serve as a base for antibacterial, bleaching or dermatological soaps.

*** Dishwashing soap, uses carrageenan gelling, has a moderate foaming properties but cleans like commercially available detergents and is soft and mild to use.

*** Ointment, a water soluble ointment with menthol and camphor which has a positive soothing effect as active ingredients.

Some of these products have already been patented while the others have to undergo further thorough tests and studies.

The potential uses of seaweed for the food market is even wider. The Marine Science Institute (MSI) of the University of the Philippines, Diliman, has produced a low calorie jelly spread incorporating carrageenan and aspartame.

This reduces the amount of sugar in regular jelly spread by half. A ready to use piping jelly for cake decorations uses carrageenan as viscosity enhancer. It has a pleasing, translucent like appearance.

An instant gum paste is a mixture of sugars and alginate powder that can be rehydrated with a small amount of water to form a pliant and moldable paste for cake decorations.

Carrageenan and aspartame again combine to reduce the calorie value of maple syrup. And a low cholesterol flan is made of carrageenan and just one egg.

Food grade carrageenan has been produced mainly in Europe and in the United States for more than 30 years by subjecting certain red seaweeds to conventional refining process.

The new technology for refining eucheuma seaweeds was develoed in Japan and later adopted in the Philippines.

The Philippine Natural Grade (PNG) carrageenan was marketed in other countries as a new class of food additive carrageenan.

The Philippines emerged as a heavy exporter of refined carrageenan that competed with the giant US and European manufacturers. 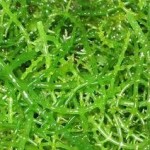 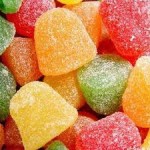 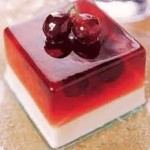