Pope Benedict XVI’s declaration regarding the use of condom has sowed widespread confusion among Roman Catholic followers.

Some people have been disappointed because the remarks had put them, especially the strict defenders of its teachings like the Catholic Bishop Of the Philippines (CBCP) has weakened and put them into an awkward position at a time that the Reproductive Health bill is still being heard in Philippine Congress.

Benedict’s declaration could open a doorway for married couple to use condom as an artificial birth control which the church has banned it due to moral issue.

In Pope Benedict XVI’s exchange with the author of a publication captioned AIDS in Africa he was quoted having said that for some people, such as male prostitutes, using condom could be a step in assuming moral responsibility because the intent is to “reduce the risk of infection.”

Benedict’s comments would provoke and could draw intense debate that what he meant not only intended for male prostitutes but it is also intended for men, women and transsexual.

The church could no longer claim morally rigid on the issue as it was. The pope’s declaration has given the blanket authority to prostitutes to ply their trade safely through the use of condom. Regardless of the intent, the church has condoned prostitution in the real sense.

The question is why is the church has adopted a “double standard” policy in this issue by allowing prostitutes to use the condom in plying their trade but it does not allow married couples to use it as an alternative birth control to avoid unwanted pregnancy?

Is the church has been lost to its senses and is now out of touch to realities? This is something that the church has to resolve it immediately to avoid more and more confusion among its followers. 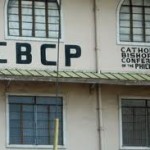