Filipino mothers who have been influenced by print or broadcast media advertisement and suggestions by their doctors to use infant formula milk, they likely end up to use those products for their babies.

The research tends to support the Philippine government’s decision to control the ads for infant formula which can discourage mothers from breast-feeding that provides health benefits for newborns.

In a study published by the Social Science and Medicine Journal, mothers were 6.4 times more likely to stop breast-feeding babies within one year of age, it exposes risk to illness and mortality for the infant.

International health experts recommend that mothers must breastfeed their babies for the first six months and continue breast-feeding, supplemented by solid foods, until their babies are 2 years old.

A research in the Philippines noted that marketing breast milk substitutes was to blame for a drop in breast feeding in the Southeast Asian country, among them are multinational companies who fought legally their right to sell their baby formulas.

Said companies also take the issue to court when the Philippine government tried to regulate its advertising laws for milk products.

However, the Philippine Supreme Court ruled in favor to Department of Health’s authority to regulate advertising of breast milk substitutes but it came short in its decision to support a total advertising ban due to freedom of speech.

Breast feeding rates among Filipino babies up to four months old dropped from 47.3 percent in 1998 to 40.1 percent in 2008, according to the World Health Organization (WHO) data.

Despite the WHO’s adoption in 1981 of the International Code of Marketing Breast Milk Substitutes to curtail unethical marketing promotions, few countries have fully implemented the code’s ban on advertising or other forms of promotion, according to the authors of the study. 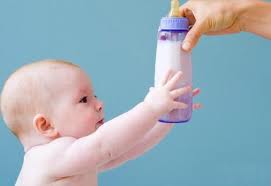