Overdoses from prescription painkillers have tripled in the past decade. Now they account for more deaths than heroin and cocaine combined, US health authorities said.

The quantity of painkillers on the market is so high that it would be enough for every American to swallow a standard dose of Vicodin every four hours for one full month, according to the Centers for Disease Control and Prevention (CDC).

Narcotic painkillers are prescribed to relieve chronic pain but the drugs can be ‘highly addictive’, the report says.

Death typically occurs when the patient stops breathing because the drugs can cause respiratory depression, and are particularly lethal when mixed with anxiety medications or alcohol.

Sales of the drugs to pharmacies and health care facilities have surged more than 300 percent since 1999, according to figures from the Drug Enforcement Administration.

Florida was found to have the highest rate of sales of narcotic painkillers per person, almost three times the rate in Illinois, which had the lowest rate.

The epidemic is at its height among middle aged white men, age 35-54, and American natives, the CDC said.

Rural and poor areas have the highest prescription drug overdose death rates, and the severity of the problem varies widely from state to state. Officials believe state health policies can help reverse the trend.

The report recommends tracking prescriptions more carefully and cracking down on clinics that prescribe drugs inappropriately and monitoring patients that collect prescriptions from several doctors could also cut back on the problem, it said. 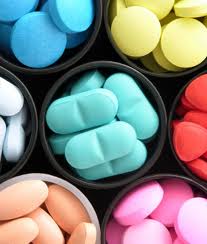