Since the tragic earthquake in March insufficient chips from Renesas Electronics is the big reason automobile production has slowed to half its normal rate in Japan, in some factories in the United States and elsewhere.

The power windows, the dashboard navigation maps, the fuel injectors, these and many other operations are controlled by some electronic systems in a typical modern computerized car.

Renesas Electronics supplies about 40 percent of the world market for these crucial chips, known as automobile micro-controllers.

If it were the Personal Computer (PC) industry, customers would have found alternative suppliers for their standard chips. But because the way the automotive industry has evolved, micro-controllers are usually customized for each car model.

That makes it difficult for auto manufacturers to quickly switch suppliers. And it has left manufacturers no choice except Renesas to resume production.

To help meet demand, Renesas is shifting some production from its main factory to their other branches not damaged by the quake. Test production has begun and
employees worked in the clean room to repair and realign sophisticated machines that must be precised to billionths of a meter.

But red lights next to most pieces of equipment indicated they were not working. As a sign of how crucial this plant is, Japanese automakers, auto parts companies and other customers have sent as many as 2,500 workers to help repair it.

A reason for the industry’s heavy reliance on Renesas is that it is the product of mergers involving three Japanese semi-conductor companies: Hitachi, Mitsubishi Electric and NEC Electronics.

Automotive micro controllers which act as the brains of electronic control systems, are mainly bespoke chips, with many different hardware designs and different types of software tailored for each design.

That is partly a legacy of the auto industry tradition of each company designing and building vehicles to its own specifications. The automotive electronics industry is much the same.

Automakers in the United States, Europe and Japan have formed consortia to standardize some technology focusing on software and electronic standards for the systems.

“There will be more reason to push the industry standardization efforts, now that automakers have seen what can happen when a key supplier goes down,” according to Egil Juliussn, an auto electronics analyst at IHS iSuppli, a research firm. 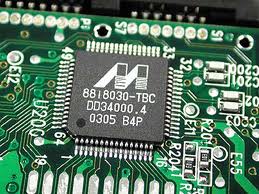