Temporary employment, already a boom industry in Europe got more support when the last restrictions on labor mobility among European Union countries fell away on May 1.

Temporary employment agencies now can recruit workers in low wage countries like Poland for jobs in Germany and elsewhere.

Temporary workers played a critical role in helping Germany weather the 2009 economic downturn, as employers were able to quickly respond to declining demand by reducing payrolls.

With the economy surging once again, unions are lobbying for legislative changes and raising the issue of temporary workers at contract talks.

While there are stories about temporary workers who are receiving worse deals than permanent employees, the loosening of Germany’s traditionally rigid labor market has been crucial in preventing at least some companies from shipping production abroad.

At the heart of the debate is whether a temporary lower wage job is better than no job at all. The rise of temporary labor has contributed to a plunge in German joblessness.

The unemployment rate has fallen to just above 7 percent, or 3.2 million, from nearly 12 percent in 2005, or almost 5 million people.

Temporary employment agencies have soaked up a large proportion of those jobless people, many of whom lack training.

The industry draws two thirds of its new employees from the ranks of the unemployed, according to a study by the German Federal Employment Agency.

“Our global competitiveness would deteriorate if we were unable to use the instrument of temporary employment,” Bayerische Motoren Werke, the maker of BMW vehicles said in a statement.

Germany still has some of the tightest protections anywhere for temporary workers, according to Ben Noteboom, chief executive of Randstad, a global temporary employment agency. He said his workers have the status of regular employees with full health and pension benefits.

Norbert Reithofer, the chief executive of BMW, has said that the company’s use of temporary workers helped it remain profitable in 2009 because it could quickly reduce the work force when sales started to plunge.

On average, temporary workers earn 20 percent less, according to the Otto Brenner Foundation, and sometimes the gap is as great as 40 percent.

Labor representatives, however, said that other companies were using temporary workers to replace permanent employees and were systemically paying them less. 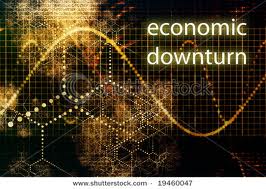