Intelligence Quotient (IQ) tests may not be a dependable yardstick in measuring intelligence alone but it could be a good indicator in the determination of motivation as well according to US researchers from the University of Pennsylvania, Philadelphia.

They have found that a high IQ score required both high intelligence and high motivation and a low IQ score could be the result of a lack of either factor.

Incentives were also found to increase IQ scores by a noticeable margin, after it has analyzed previous studies of how material incentives affected the performance of more than 2,000 people in intelligence tests.

They further tested of how motivation impacted a person on the results of IQ tests, in determining a person’s intelligence and a person’s performance in later life.

Researchers were able to conclude that some individuals try harder than others in conditions where the stakes are low, they based their data from a long-term study of 250 boys from adolescence to early adulthood.

Dr James Thompson, senior honorary lecturer in psychology at University College London, said it had always been known that IQ test results are a combination of innate ability and other variables.

Getting a high score in an IQ test requires both high intelligence and competitive tendencies to motivate the test-taker to perform to the best of their ability. 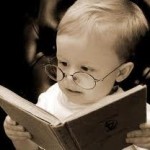