The genetically engineered corn or Bt corn was introduced to the farmers in the United States in 2003.

It could seemed be the answer for farmers allowing them to bring in bountiful harvests using fewer chemicals because the corn by itself produces a toxin that poisons western corn rootworms.

The Bt strain was created by splicing a gene from a common soil organism called Bacillus thuringiensis into the plant. The natural insecticide it produces is considered harmless to people and livestock.

However, over the last few years, rootworms have feasted on the roots of Bt corn in parts of four Midwestern states, suggesting that some of the insects are becoming resistant to the crop’s pest-fighting powers.

Scientists always expected root-worms to develop some resistance to the toxin produced by that gene.

The most widely planted Bt corn in the U.S. may be waning its effectiveness because a major pest appears to be developing resistance more quickly than scientists expected.

A scientist recently sounded an alarm throughout the biotech industry when he published findings concluding that rootworms in a handful of BT cornfields in Iowa had evolved an ability to survive the corn’s formidable defenses.

Crop damage has been seen in parts of Illinois, Minnesota and Nebraska, but researchers are still investigating whether rootworms capable of surviving the Bt toxin were the cause.

The U.S. food supply is not in any immediate danger because the problem remains isolated. But scientists fear potentially risky farming practices could be blunting the hybrid’s sophisticated weaponry.

Scientists have apprised the situation to be partly the result of farmers who’ve planted Bt corn year after year in the same fields.

Most farmers rotate corn with other crops to curb the spread of pests, but some have abandoned rotation because they need the grain for livestock or they have commitments with ethanol producers.

While other farmers have taken advantage on high corn prices, which hit a record in the market.

University of Minnesota entomologist Kenneth Ostlie said the severity of root worm damage to Bt fields in Minnesota has eased since the problem surfaced in 2009.

Yet reports of damage have become more widespread, and he fears resistance could be spreading undetected because the damage rootworms inflict often is not obvious.

Without strong winds, wet soil or both, plants can be damaged at the roots but remain upright, concealing the problem.

He said the damage he observed in Minnesota came to light only because storms in 2009 toppled corn plants with damaged roots. 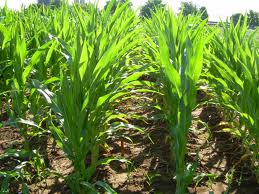 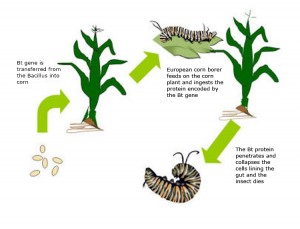