In Europe, more than half the breeds kept by farmers at the turn of the century are now extinct. And the Food and Agriculture Organization (FAO) estimates that 28 percent of the world’s livestock breeds are at risk of extinction within the next 20 years.

Unlike plant genes, animal genomes are not easily preserved in gene banks. The central thrust to better management of farm animal genetic resources is active and sustainable utilization, FAO said.

The conservation and sustainable development of animal genetic resources requires a shift away from the narrow focus on a few high input breeds, towards a broad focus on the many so called ‘adaptive’ breeds that survive well in the lower input, high stress environments typical of farming systems in the developing world.

The emphasis should now be on how to improve the production levels of such adaptive breeds , the meeting noted.

The diversity of species, varieties and breeds is the basis for the development of highly productive crops and livestock. It also allows plants and animals to thrive in the face of harsh climatic conditions, pests or diseases.

The plant and animal genetic resources available to farmers and biotechnicians have been radically reduced this century.

This is because of the advance of high input, intensive farming systems that tend to rely on developing a small number of productive breeds or strains, leading to the extinction of many well adapted genetic resources. Indigenous knowledge and cultural diversity is also lost with this erosion of farm genetic resources.

Over thousands of years, men and women farmers have developed untold numbers of local varieties, ‘landraces’ that suited local conditions and needs.

But the genetic basis of agriculture which have been inherited is now seriously threatened less than 100 cultivated plants and five animal species now provide over 75 percent of human food.

Yet more than 80,000 biological species in tropical forests are considered edible.

The conservation of plant and animal genetic resources is crucial to humankind’s ability to adapt to unforeseeable environmental changes and new pests and diseases. 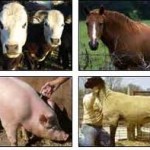 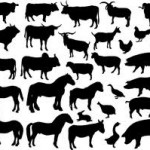