Forest Law in the last decade is moving away from a regulatory approach, focused mainly on government management and policing according to the United Nations (UN) agency report captioned “State of the World’s Forests:1999” (Sofo).

Extensive studies reveal governments capture less than 50 percent of forest rents, often much less, from concessions to log over forests according to the UN Food and Agriculture Organization (FAO).

Money paid by concessionaires to government bear little relationship to the market value of forests, the Sofo analysts asserts.

Aside from lost government revenues, FAO noted that underpriced logging concessions encourages logging companies to waste timber because it is inexpensive; it prods firms to move into areas far larger than they can manage efficiently; and it jacks up pressure on the most commercially valuable species.

Exceptional profits create a climate to make quick financial killings and ‘incentives for quick and careless logging’, the report said. Developing countries struggling with chronic shortage of cash like the Philippines find that undercharging deprives government of a source of revenue, Sofo reveals.

This makes it more difficult for government to fulfill its responsibilities as steward for the nation’s forest wealth. Underpricing of wood reduces the concessionaires’ incentive to adopt more sustainable practices, the UN agency warns.

There has been a proliferation of new mechanisms that bring in local communities in forest management: community forest leases and titling of village territories.

Nepal’s 1993 Forest Act turns over portions of national forests to local groups that manage them in accordance with approved plans.

Some countries accord increasing recognition to historical land or territorial claims of local people.

The 1997 Indigenous Peoples’ Rights Act in the Philippines is an important example of this phenomenon, FAO pointed out.

Another trend is to devolve forest management as part of an overall move to revise local government law.

Many of the reforms are characterized by significant limitations and ambivalence, both in paper and in practice, Sofo points out. But there is unmistakably a high profile given to local forest management in recent legislation. 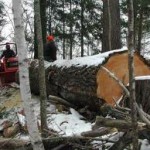 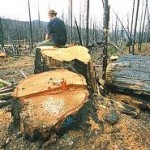 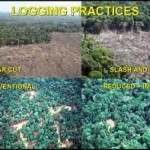