Adjusting the quantity of large particles accounted for by computer models could result in better projections of future climate in desert regions, where the most particles are present according to a statement by The National Center for Atmospheric Research (NCAR).

Dust particles fragment in a pattern resembling that of a broken glass, according to the new research, may have an implications for predicting both weather and climate change.

Larger particles, called silt, stay airborne for a short period and have the opposite effect, trapping the energy and warming the atmosphere.

These microscopic particles scatter grains of sand are blown into soil, breaking the dirt apart and sending fragments into the air, which can be as large as about 50 microns in diameter, approximately the thickness of a fine strand of hair.

“As small as they are, conglomerates of dust particles in soils behave the same way on impact as and a scientist at the NCAR in Colorado. “Knowing this pattern can help us put together a clearer picture of what our future climate will look like.”

Kok’s work, which focused on a type of airborne particle called mineral dust , also suggest that there may be several times most dust particles pumped into the atmosphere than previously believed, since shattered dust appears to produce an unexpectedly high number of large fragments.

His study, published by the journal Proceedings of the National Academy of Sciences, indicates that the ratio of silt to clay particles in the atmosphere, Kok’s work suggests that the models are likely to be inaccurate when it comes to silt particles.

More research is needed to determine whether future temperatures in those regions would increase as much or more than currently indicated by computer models. 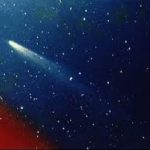