Cheryl Cole to get a Chihuahua as a birthday gift from her former husband Ashley Cole.

Ashley, the England And Chelsea soccer star was divorced by Cheryl in September of last year amid issues of infidelity by him towards her.

Ashley this time hopes to win Cheryl back after realizing his mistakes and looking forward for a reconciliation that they have a future to start anew and raise a family as a couple.

The former couple’s US$ 5.7 million one-time marital home in Surrey, South East England which was occupied by his former Chelsea teammate and ‘wingman’ Michael Woods has moved out to pave way for a privacy meeting between Cheryl and her ex-husband who is optimistic in winning her back.

According to a source, “Ashley is confident he will win Cheryl back and they will make a go of things. Michael was there for Ashley from the start, he was his ‘wingman’ throughout Ashley and Cheryl’s estrangement.”

The source added: “Ashley wants to start a family and believes Cheryl feels the same, that kids would complete them. He believes they’ll be together forever.” 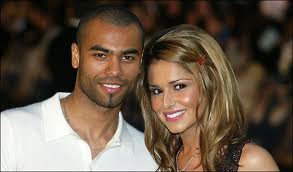