In October of last year, the World Bank reactivated an emergency fund that the development organization had launched in response to the 2008 food crisis.

According to Richard Henry, lead economist at the Agribusiness Department of the International Finance Corporation (IFC), the investment arm of the World Bank, that stocks of basic foodstuffs have been declining since the beginning of the millennium, with a low point reached in 2007 and 2008.

With global stocks depleted, any additional crop failure will have an immediate and significant impact on prices. Three years back, the crisis originated in Australia. This time droughts in Russia, Ukraine and Eastern Europe are to blame.

The dramatic scenes in 2008 have almost been forgotten and it has been three years since looting in Haiti, deadly fights over bread in Egypt and protests from Vietnam to Bolivia dominate the headlines globally.

Sky high food prices in 2008 had suddenly turned into a worldwide firestorm, including riots and bloodshed. Now it seems the crisis is back. This time, the venues are Algeria, Tunisia and Jordan. Is it a new global catastrophe over food prices in the making?

Earlier this month of January, the US Agriculture Department also cut its estimates for global harvests of important crops. “We are entering a danger territory,” Abdolreza Abassian, senior economist at the Food and Agriculture Organization (FAO), said in an interview.

Price surges for food staples have been breathtaking. During last year’s second half alone, grain prices skyrocketed by 57 percent, food oils and fats ran up almost as much and sugar soared 77 percent.

The world’s poor are always hit first and hardest by soaring food prices, because they have to spend a far greater part of their income on what they put on the table. Prior to the crisis of 2008, an estimated 800 million people lived in hunger, according to the World Bank. Afterwards, their number had swollen to around one billion.

An estimated 75 percent of the world’s poor live in rural areas. That the world is again standing on the brink of a global food crisis.

So far, Asia has remained spared from the protests, largely because the price of rice has yet to join the sharp upward trend seen in other food staples.

The United Nations also sounded the alarm as the FAO monthly food price index hit a record high in December of last year.

“If we look at the basic food basket for a family, it is a situation which is not very different from 2008” Henry said. “If you look at 2008 and today, stocks did recover somehow, however not sufficiently to take care of the event that started in Russia and the Ukraine, he explained. 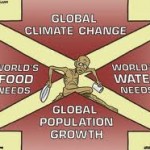 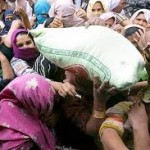 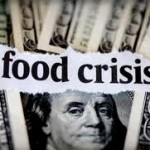