The growing world’s population is forecasted to reach 9.1 billion people by 2050.

With the current global population of 6.9 billion people that is already experiencing shortages of food supply, one has to wonder if what future will hold for the next generation of inhabitants in this world to come.

With the current population, the world is already confronted with a problem that it cannot feed everyone sufficiently.

Almost one billion of these are already chronically hungry, a further two billion suffer from intermittent food insecurity, six million children starve to death every year while the rest of the populace is either underweight or malnourished.

The basic rule of supply and demand seems not to work, when it is governed by speculative greed and the supply of basic commodities such as the food we eat, is under threat.

How can we provide our own food security, if the forces that is driving this type of boom and bust economy are allowed to apply its production and distribution networks?

The globalized economy initiated by the World Trade Organization (WTO) is something that needs to be scrutinized.

It preaches free trade and yet in practice allows the ruling elite to impose a policy of tariffs and subsidies.

The eventual victims are the small producers who have no capability to compete with big producers that are nurtured and bred by systems whose ideas of free trade pass is governed by control mechanisms.

The crisis of 2008, in which food prices rose sharply, occasioned food riots at a time when the financial and economic collapse of the system affected farm credits and the wheel seems to have turned full circle, with higher-than-ever prices on the horizon after global food prices rise for the eighth consecutive months.

Worse, those who foot the bill are the world’s increasing number of poor people in jeopardy and who have no other option but to buy from those who sell and they are those who control the sales prices of food commodities.

Under the system, it is not a question of not producing enough food to eat, it is far worse than that we can imagine, when we have created the mechanisms that exclude growing millions of our population from the right to eat, to work and to live. 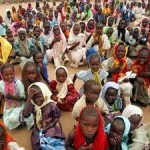 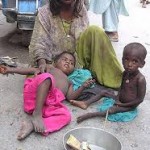