Israel declared its intention to accelerate settlement building a day after the Palestinians won full membership of the UN Educational, Scientific and Cultural Organization (UNESCO).

Israel also said it would temporarily freeze transfers to the Palestinian Authority, which amount to around half of the Palestine Authority’s domestic revenue base.

Western countries have criticized an Israeli decision to build more houses for settlers in the West Bank and East Jerusalem.

There are almost 500,000 Jews live in settlements on occupied territory. The settlement building program is illegal under international law although Israel has continued to dispute it.

France and Germany said it would hinder efforts for peace while Britain called the Israeli move provocative and unhelpful.

British Foreign Secretary William Hague also criticized Israel’s temporary withholding of Palestinian tax revenues, which was announced at the same time, and called for a reversal of both decisions.

French foreign ministry spokesman Bernard Valero said: “Settlement building in the West Bank as well as in east Jerusalem is illegal in international law and is a threat to the two-state solution”.

Steffen Seibert, Chancellor Angela Merkel’s spokesman, said building settlements in occupied areas “hinders the goal we all must have of a two-state solution and is unjustifiable”.

A plan by the Israeli Prime Minister Benjamin Netanyahu’s government to build 2,000 new apartments in the West Bank and East Jerusalem has been seen by Palestinians as a punishment for their UNESCO membership bid and the move by President Mahmoud Abbas of the Palestine Authority to speed up the destruction of the peace process. 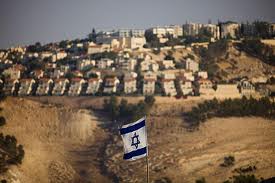