Top golfer Rory McIlroy reveals that his split with his erstwhile manager Andrew “Chubby” Chandler was nothing personal but purely a business decision he made.

Mcilroy says he made a long thought about it and openly discuss it with his parents before a decision was made.

He knows that it was a very difficult decision to drop Andrew Chandler from his management team but had best intentions at heart to further his career.

Northern Ireland’s US Open champion walked out of the stable which he had four of the last six major winners to join Dublin-based Horizon.

McIlroy told Chandler, head of International Sports Management (ISM), he was leaving prior to last week’s Shanghai Masters, where he then scooped the biggest first prize in the sport US$ 2 million after a play-off with American Anthony Kim.

Despite their separation, Mcilroy says his friendship to his former manager remains close.

The 22 year old golfer hopes that with the new set up of his career and a new environment around him it might enable him to play even better.

He feels like he’s moving on to the next stage of his career which sometimes to progress he needs to have a fresh view on things.

Mcilroy is scheduled to compete with Hong Kong Open on December 1 to 4 and the forthcoming Dubai World Championship. 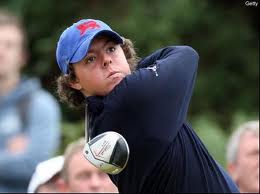