A wrinkle free youthful skin is what every men and women wanted to maintain as they aged and getting older.

However, it’s not all is well in anything wrinkle free especially in wanting a wrinkle free finish on dress shirts and trousers. It might not be a good proposition because it poses danger to your health and well being.

The anti wrinkle finish in clothes comes from a resin that releases formaldehyde, the chemical that usually associated with embalming fluids used in biology class and generally used by textile manufacturers.

Clothing is not the only one treated with the chemical. Formaldehyde is commonly found in broad range of consumer products. That includes sheets and pillow cases, drapes, upholstery and personal care products like shampoos, lotion and eye shadow.

Most consumers will never have a problem with exposure to formaldehyde, though it can have serious health implications for people who work with the chemical in factories.

The biggest potential issue for those wearing wrinkle resistant clothing can be a skin condition called contact dermatitis. It affects a small group of people that can cause itchy skin, rashes and blisters, according to a recent American government study on formaldehyde in textiles.

Most of the 180 items tested by the Government Accountability Office (GAO) on largely clothes and bed linens, had low or undetectable levels of formaldehyde, that met the voluntary industry guidelines based on standards in Japan, which are among the most stringent.

Still, about 5.5 percent of the items, primarily wrinkle free shirts and pants, easy care pillow cases, crib sheets and a boy’s baseball hat, exceeded the most stringent standards of 75 parts per million (ppm) for products that touch the skin.

The levels found by the government investigative arm GAO, are not likely to irritate most people. But research shows that the small group of people who are allergic can develop a rash with levels as low as 30 parts per million.

The reason why the chemical is used in textile industry because formaldehyde basically keeps the fabric’s fibers in place after a spin in the washing machine. Without it, the fibers become wrinkled or the creases may fade.

The study did not offer recommendations but researchers said that their findings made them think twice about wearing no iron clothes, however, a stern warning has been issued to consumers , that they need to wash their new purchased clothes first before wearing them. 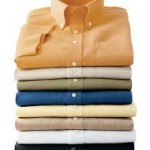 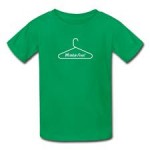