Net forums, Hindu-American periodicals and tabloids catering to the consumers of yoga, what is now the focal point of controversy and a multi-billion dollar industry that have brought up the topic.

Now being practiced by millions of people, yoga offers from physical benefits to spiritual centering but most part of the religion, it has never suggested that a practitioner of yoga is obliged to become a follower of Hinduism.

A group of Indian-Americans has started surprisingly a debate by launching a campaign to familiarize Westerners with Hinduism, that it says defined every yoga style at the gyms.

The campaign known as ‘Take Back Yoga’ does not ask followers or practitioners to become a Hindu. It suggests only that people become more aware of yoga’s debt to Hinduism’s ancient traditions.

Organizers of the campaign pointed out that the philosophy of yoga was first depicted in Hinduism’s texts and remain the focal point of Hindu teachings.

Since the faith has been stereotyped in the West as a religion of ‘caste, cows and curry’ many wanted to see yoga as the legacy of a more timeless spiritual ‘Indian wisdom’.

“In a way, our issue is that yoga has thrived , but Hinduism has lost control of the brand,” said Dr. Aseem Shukla, a founder of Hindu-American Foundation.

Debbie Desmond, 27, a yoga instructor in New York City, the talk of branding is surprising. “Nobody owns yoga” she said.

Like Desmond, some religious historians, believed that yoga originated in the Vedic culture of Indo-Europeans who settled in India in the third millennium B.C., long before Hinduism emerged.

Others trace the first written description of yoga to the Bhagavad Gita, the sacred Hindu scripture believed to have been written between the fifth and second centuries B.C.

In a Washington Post blog, Dr. Shukla wrote that Hinduism had become a victim of “overt intellectual property theft,” made by generations of Hindu yoga teachers who had “offered up a religion’s spiritual wealth at the altar of crass commercialism.”

However, Dr. Deepak Chopra, the New Age writer, has dismissed the campaign as a jumble of faulty history and Hindu nationalism while the Reverend Albert Mohler Jr., president of the Southern Baptist Theological Seminary, agrees that yoga is Hindu, and it cites that as evidence that the practice imperils the souls of Christian devotees. 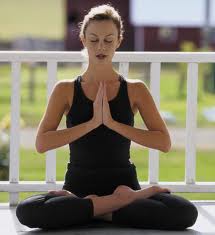 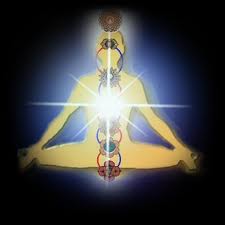