After having been together for seven years, Jennifer Lopez and Marc Anthony have announced that they are breaking up.

“We have decided to end our marriage. This was a very difficult decision,” they said in a joint statement. “It is a painful time for all involved, and we appreciate the respect of our privacy at this time.”

The two were married in 2004, months after Lopez’s engagement to actor Ben Affleck ended, and days after Anthony’s divorce from former Miss Puerto Rico Dayanara Torres was finalized.

The couple had two children, twin Emme and Max. They were Lopez’s first children; Anthony had a child from Torres and another from a previous relationship.

Lopez, topped People magazine’s ‘most beautiful’ list this year. Her career, which lulled in recent years, has surged since she became an “American Idol” judge.

Anthony is a two-time Grammy winner and the top selling salsa artist of all time. His hit songs include ‘Si Tu No Te Fueras’ and ‘Contra La Corriente.’ 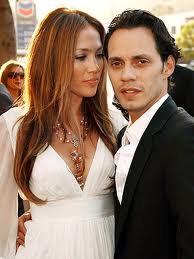