He got his big break with ‘Grease’ in 1978, but also suffered a back injury during filming which led to an addiction to painkillers and other drugs.

Travolta, who was Conaway’s right hand man in the epic musical, ‘Grease,’ has this to say for him, “Jeff Conaway was a wonderful and decent man, and we will miss him. My heartfelt thoughts are with his family and loved ones at this very difficult time.”

Conaway was perhaps best known for the role of taxi driver and struggling actor Bobby Wheeler in the 1978-1983 hit TV sitcom ‘Taxi,’ which starred Danny DeVito and Christopher Lloyd. 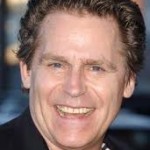