John Travolta was pictured in New York on the same day the alleged sexual harassment to have taken place with a restaurant receipt shows that he dined at Mr. Chow that same night.

Lawyers Of Travolta presented the photographic evidence and claimed that the photo taken of actor on the 16th of January this year in New York clears him of sexual assault allegations.

The receipt, obtained by TMZ.com, allegedly shows that the actor dined at the famous eatery and was presented with a check late in the evening. He paid a bill of US$ 382.69 for the meal, as well as a US$ 100 tip.

However, Okorie Okorocha, the lawyer representing both alleged victims who are each seeking US$ 2 million in damages, states that the receipt does not prove much.

He said, ‘The credit card receipt that Mr. Travolta says proves he was in New York City has a time stamp of 11:38p.m., our complaint clearly says the assault occurred in the morning of January 16.

‘This credit card receipt proves absolutely nothing, and it doesn’t account for the day of January 16. My client was sexually assaulted at 10 a.m. Travolta could make it to New York on horseback in that time.’

Okorocha claims there are over 100 other men prepared to come forward with similar stories about the ‘Hairspray’ star.

He told RadarOnline.com, ‘By the time this case is over Marty Singer will have to accuse more than 100 men of lying because I have been contacted by people, mostly men, that have first hand information about similar behavior on John Travolta’s part to that contained in the lawsuits I have already filed against him.

Yesterday in a statement, a spokesman for the actor, who fully denies the initial sexual battery lawsuit, said, ‘This lawsuit is a complete fiction and fabrication. None of the events claimed in the suit ever occurred.

‘The plaintiff, who refuses to give their name, knows that the suit is a baseless lie. It is for that reason that the plaintiff hasn’t been identified with a name, even though it is required to do so.

‘On the date when plaintiff claims John met him, John was not in California, and it can be proved that he was on the East Coast. Plaintiff’s attorney has filed this suit to try and get his 15 minutes of fame.

‘John intends to get this case thrown out, and then he will sue the attorney and Plaintiff for malicious prosecution.’ 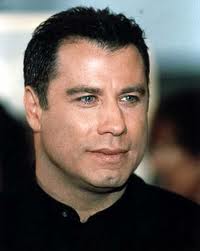