Justin Bieber is wanted for questioning by Los Angeles County Sheriff’s investigators, however he is currently in Norway for a concert.

According to TMZ, police have decided to refer the case to prosecutors. The website claims that the move is typical procedure when dealing with high-profile cases such as this.

The teen idol was accused of roughing up a photographer over the weekend outside a shopping center.

The scuffle allegedly happened when the photographer tried to snap pictures of Bieber and his girlfriend Selena Gomez, after they walked out of a cinema at The Commons in Calabasas.

During the altercation, the usually complaint pop star appeared angry and frustrated and girlfriend Selena appeared to be trying to reason with him.

Selena rushed to help Justin retrieve his hat and shoe which flew off during the apparent altercation.

While Bieber failed to keep calm during the altercation, Gomez, 19, was seen helping Justin retrieve his baseball cap and one of his high top trainers after they flew off during the incident.

She also appeared to be saying some soothing words to her beau as she chatted to him while tenderly stroking his arm to calm him down.

Bieber had a face like thunder as he put his shoe back on while being comforted by his girlfriend.

The pop star then walked away with his head in his hands seeming somewhat embarrassed at his behavior.

However the level-headed starlet did look a little concerned during the ordeal.

TMZ claims that the paparazzo filed a police report, and alleges that according to law enforcement sources the police are investigating the incident as misdemeanor criminal battery.

Sheriff Lt. Robert Wiard says Bieber and Gomez left before deputies arrived, so investigators want to talk to him to get his side of the story.

He says the photographer in question called 911 and complained of pain to his chest.

Wiard says the photographer was taken to a hospital where he was treated and released.

The photographer’s case against Justin Bieber has been referred to prosecutors and if charged and convicted, the singer could face jail term up to six months. 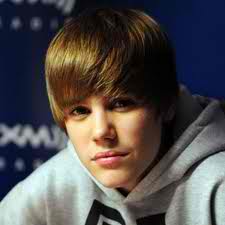