Julian Assange has lost his appeal at the UK Supreme Court against extradition to Sweden to face accusations of sex offenses.

The Supreme Court dismissed his request not to be extradited with five justices out of seven ruled against the Wikileaks founder Assange, according to the court’s president.

The court gave Mr. Assange a stay of 14 days on the extradition order so that his lawyer Dinah Rose could make the application. Mr Assange did not appear in court.

In a majority decision, the judges decided that the European Arrest Warrant issued by Sweden asking for Mr Assange’s extradition was legal and should be enforced.

If the court does not allow its proceedings to be re-opened, Mr Assange’s only other legal avenue would be the European Court of Human Rights in Strasbourg. If that court should agree to take his case, he would be allowed to remain in the UK until the hearing.

The role of judges in cases like Julian Assange’s appeal is to listen to the points being put forward by both sides and decide who has the best argument.

But Mr Assange’s legal team are suggesting that didn’t happen in this case.
They appear to think he has lost his appeal because the judgement from the UK’s highest court is based on a point which was neither heard nor argued in the case.

If this is so, the Supreme Court will find itself in the extraordinary position of having ruled against Mr Assange on a point that his lawyers did not have a chance to consider or respond to.

If true, that would mean the judgement is arguably unfair, and that is why in two weeks’ time the court could be in the unprecedented position of having to reopen the case. 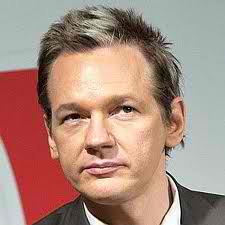