Kate Middleton created her own wedding dress, admits the designer Sarah Burton, of Alexander McQueen and it has showed ‘a lot of her personality.

According to Burton, it is Kate, now the duchess of Cambridge who deserves most of the credit. It was a collaborated work between the bride and Alexander McQueen, the French-owned label of which she is the creative director.

It was a reaction made by the wedding dress designer after it has received so much accolades as to its design.

Burton, who was the guest of honor at a party to launch a McQueen exhibition at the Metropolitan Museum of Art in New York, said that Kate’s output in her wedding dress design reflects her very person.

The Duchess of Cambridge, as she now is, ‘couldn’t have been more lovely’ as they worked together on the ivory satin and lace gown, according to Burton.

It was also Burton who designed the dress of the maid of honor Pippa Middleton, Kate’s younger sister. 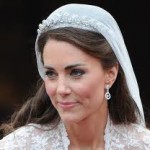 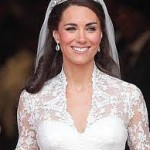