Prince Williams is ahead of his grandmother in a poll as the most trusted royal in the family.

The Duke of Cambridge is considered the most trustworthy among the members of the royal family getting 93 percent from the vast majority of British public based in an online poll of 2,357 people by Reader’s digest.

William’s grandmother, Queen Elizabeth II was second, garnering 90 percent, while the late Queen Mother, great grandmother of William was at 88 percent. The poll conducted among the royals before the royal wedding.

William’s new wife, Kate, now the Duchess of Cambridge, scored 87 per cent in the poll while the Prince of Wales scored 70 per cent.

The findings showed David Cameron was the most trusted politician, with 43 per cent saying they trusted him a great deal or a fair amount.

US president Barack Obama came top among world leaders with 75 per cent describing him as trustworthy. 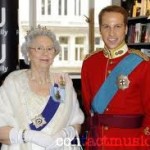