There was an official complaint lodge by the Middleton family over publication of five-year-old photographs showing Kate Middleton and her younger sister, Pippa, their mother, Carole, in bikinis relaxing on board a yacht while on holiday with William and others off Ibiza in 2006.

The pictures, whose shots were clearly unauthorized and some have apparently been published before, they include not just Kate Middleton, but also Pippa her sister.

What prompted the Middleton’s complaint about the invasion of their privacy was not the lubricious commentary about Pippa but by publishing a picture showing a silhouette of one of her breasts as she took off her bikini top.

The newspapers may prove mistaken, especially if they subsequently claim that, as pictures from the yacht party have been published before without complaint.

The fact that Pippa, who was 22 then and is 27 now, was not the focus of attention in those days is of no excuse. She still has a right to privacy.

The Press Complaints Commission (PCC) was insisting that the Middletons have as much right to a private life as any other members of the public.

The PCC has been quietly protecting them for some time. Editors of print media are regularly get reminded regarding the journalists’ code of practice, which prohibits persistence in questioning, telephoning, pursuing or photographing individuals once asked to desist, nor remaining on their property when asked to leave and must not follow them.

A formal complaint was lodged, against a tabloid in March 2007 after it published a photograph of Kate Middleton in the street carrying a cup of coffee.

In such circumstances the tabloid were told by Kate that she felt harassed of the incident. The tabloid, however, admitted that they were wrong and regretted for what they have done.

There have been other informal complaints where Carole and Pippa told the PCC that they had been harassed while out shopping in London.

However, no complaint has been received about recent pictures showing Kate Middleton pushing a shopping trolley in the carpark outside the Anglesey Waitrose.

If so, that may be a step on from Princess Diana’s early experience of married life in 1981 when she was photographed going to a shop to buy some sweets.

The Queen called the editor to make a quiet plea for her daughter-in-law’s privacy but her plea left unheeded. Her Majesty has remarked the incident and the concerned editor was ousted within weeks.

Thirty years later, both sides are more prudent but it could not be expected that media’s fascination to be too limited.

However, even how remote the honeymoon of the Duke and Duchess of Cambridge is, if there is a good enough picture there will be buyers somewhere. 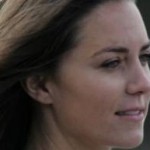 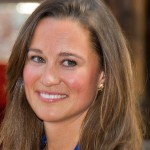