Wu couldn’t match his season’s best of 1:56.62, but he had the satisfaction of notching another victory over Phelps, who reigned in the 200m fly for nearly a decade.

Wu’s victory at the Michigan Grand Prix last month, in a race in which Phelps finished fourth, marked the 14-time Olympic gold medalist’s first defeat in the event since 2002. 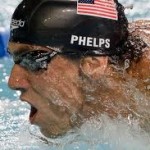 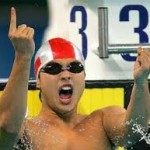