The actress is set to get back with her first love acting, which she will be portraying the character Lorna in the new play.

The role is Holmes’ first major project since filing to divorce Tom Cruise three weeks ago.

The five-character comedy is set to open this fall at the Music Box Theater and will be under the direction of three-time Tony Award winner Jack O’Brien who also directed such popular Broadway plays, ‘Hairspray’ and ‘The Coast of Utopia.’

Holmes made her Broadway debut in 2008 when she appeared in a revival of Arthur Miller’s ‘All My Sons’ alongside Dianne Wiest and John Lithgow.

Producers said the play ‘tackles the timely issues of corporate greed, small town values and whether or not your family will always welcome you back, with no questions asked’.

The move marks Holmes’ first major career step since filing for divorce from Cruise weeks ago and setting up house in New York.

Since the split, Holmes has filmed an episode of ‘Project Runway: All Stars’ and is reported to be working on the indie film ‘Molly’, which she also co-wrote and produced. 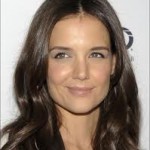