Former world number one Tiger Woods fired a 3 under 67 in the second round replicating his first round performance and stayed him in contention for the Open title at Lytham.

Woods, who only hit one driver all day, dropped a single shot on the 11th but birdies at four, six, 16 and 18 edged him closer to the second round leader.

This was the eighth time the three time British Open champion has opened a major with two rounds in the 60s, and he went on to win on the seven previous occasions, including all three of his Open titles.

Brandt Snedeker who seized the lead, added a 64 to his opening 66 for 10 under to edge past first round leader Adam Scott who carded in the second round a three under 67.

Snedeker became the latest player to match the course record at Royal Lytham with a 6-under 64 that gave him a one-shot lead.

He has yet to make a bogey over 36 holes, the first player to go bogey-free in the opening two rounds of a major since Woods won at St. Andrews in 2000.

For two days of play Snedeker did well to keep out of the bunkers. He was very accurate and his putting was spectacular.

Adam Scott, who just turned 32, dropped a shot at the third but hit back with birdies at the seventh, 10th, 11th and 18th to stay in the hunt and a shot behind Snedeker.

Denmark’s Thorbjorn Olesen, 22, finished with a five under 66.

South Africa’s Ernie Els, the 2002 champion, ended three under after a 70.

Rory McIlroy, the world number two, carded a five-over 75 to slide to two over, the same score as Padraig Harrington , while world number three Lee Westwood made the cut with no room to spare after a level-par 70 left him three over. 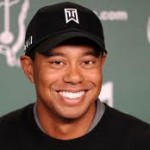