The reshuffle within the military and a decision by North Korean top state officials, Kim Jong-un takes over post of Marshal and supreme commander of the Korean People’s Army.

The title was previously held by the young leader’s father, Kim Jong-il and his grandfather Kim Il-Sung, North Korea’s founding father, in another sign the young successor of the communist dynasty is tightening his grip on power.

The little-known Hyon Yong-Cho promoted to vice marshall was a replacement to military chief Ri Yong-Ho who was removed from his post due to ‘illness’ paving the way for Hyon to take over as head of the 1.2 million strong military.

The shifts are leading to speculation that Kim Jong-un is consolidating his authority over the military, North Korea’s key instrument of internal control and external leverage.

The military was given much greater prominence during his father’s rule, Kim Jong-il initiated a policy of ‘military first’ and there was a great deal of discussion when Kim Jong-un took over of whether the army would continue to dominate. 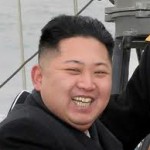