Kim Kardashian is engaged to get married with her boyfriend Kris Humphries.

The latter proposed to her to marry him with the words, “Will You Marry Me?” in Beverly Hills on May 18.

Kardashian, 30, received her engagement ring from her boyfriend Humphries, a 20.5 carat Lorraine Schwartz diamond ring and according to her she’s a little bit shock because this is something she didn’t expect to happen especially at her home.

Her boyfriend is a basketball player of New Jersey Nets and currently based in New York. They started dating just six months ago until that engagement proposal came to her. It was then followed by a small family celebration.

Currently, Kardashian, a reality tv star is based in California and is now planning to move to New York to be closer to her boyfriend. 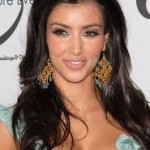