Los Angeles Lakers center, Kobe Bryant said that he’s still considering playing abroad if the current labor dispute between owners and players would not be resolved.

Bryant didn’t know if there will be a 2011-12 NBA season and hasn’t ruled out playing overseas.

The two sides are at loggerheads over how to divide the league’s revenue, a salary cap structure and the length of guaranteed contracts, and have made no significant progress in talks to end the lockout.

The Lakers’ basketball superstar said he may join informal workouts with Lakers teammates in the future, but that no such sessions have been scheduled yet.

Bryant’s representatives are with talks with Turkish club Besiktas in July about possibly playing for the team. At least one team in China has also expressed interest in the 33-year-old Bryant, who has won five NBA championships and been an All-Star 13 times.

Meanwhile, other NBA players opt to play next season in leagues outside the U.S.
The NBA season usually begins in late October but owners and players have so far failed to agree on a new labor deal. 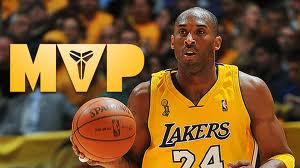