Lee Westwood of England carded an eight under par 64 in the second round at the Thailand Golf Championship.

The golfer impressed again in breezy conditions, trimming eight shots off the course par 72, and not dropping a shot for the second day running.

He picked up four birdies coming in and four more going out, leaving him in a commanding position on 20 under par, with Charl Schwartzel and Michael Thompson posing the nearest thing to a threat on nine under.

South African Schwartzel landed an eagle on the par-five 15th to put himself in such a position, while Thompson saved six shots for an impressive 66.

Veteran American John Daly, who had been Westwood’s nearest challenger at the end of the first day, picked up three shots but dropped four on his way to a one-over 73, while England’s Simon Dyson moved to five under, a shot behind Daly, with a 70. 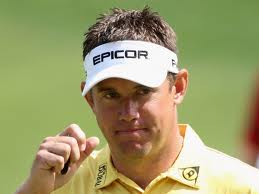