Despite concern that health problems arising from obesity would affect life expectancy in high-income countries, such as the UK, there is no evidence of this to date.

Analyzing trends from the past 40 years, Professor David Leon from the London School of Hygiene and Tropical Medicine credited a decline in deaths from heart disease for the continued rise.

People in the UK are also living longer than those in the US, he says. His analysis is published in the International Journal of Epidemiology.

Professor Leon said that deaths from cardiovascular disease in the UK have seen, “some of the largest and most rapid falls of any Western European country, partly due to improvements in treatment as well as reductions in smoking and other risk factors.”

But he admits that it may to be too soon to see the impact of increasing obesity rates.

In 2007, the US was found to be at the same level for life expectancy as the lowest of any Western European country (Portugal for males and Denmark for females).

Its life expectancy rate for women has been increasing at a much slower pace than Western Europe since the 1980s. 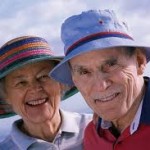