Jet Harris, the original bass player of the band, The Shadows, has died of cancer at the age of 71.

Born Terence Harris in London, the guitarist got his biggest break in 1958 when he was on tour with the Most Brothers.

On the same bill as Cliff Richard and the Drifters, he later joined the group permanently and made his recording debut on Sir Cliff’s third single Livin’ Lovin’ Doll.

In 1959, Harris was credited with coming up with the group’s new name, The Shadows, and they went on to have a string of hits including Man of Mystery, The Savage and Wonderful Land.

In 1998 he was awarded a Fender Lifetime Achievement Award for his role in popularizing the bass guitar in Britain.

The bassist died at his partner’s home in Winchester, his agent Peter Stockton said.
Sir Cliff Richard paid tribute to his former band mate, saying: “Jet was exactly what The Shadows and I needed – a backbone holding our sound together.”

Earlier this month, Harris canceled all his appearances due to ill health.
“Jet, the bass player, will always be an integral part of British rock ‘n’ roll history,” Sir Cliff added. “Losing him is sad – but the great memories will stay with me. Rock on, Jet.” 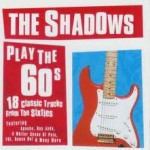 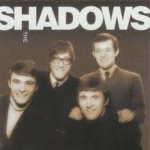