In 2000, more than 75 percent of civil marriages were signed by heterosexual couples, but in 2009, the number has jumped to 95 percent.

Concluding a civil marriage requires little more than a single appearance before a judicial official. It remains unclear however, if the idea of a civil union known as PACS or “pacte civil de solidarte” in French, has responded to a shift in social attitudes or caused one.

It has proven remarkably well suited to France and its specifics about marriage, divorce, religion and taxes, and it can be dissolved with just a registered letter.

While the civil partnership has exploded in popularity, traditional partnership’s number has continued a long decline not only in France but also its neighboring Germany.

The Netherlands, the other European countries that allow civil unions between straight couples, the scenario is not the same as in France. In the Netherlands, there was just one civil marriage for every eight traditional religious wedding.

“We’re the generation of divorced parents,” explained Maud Hugot, 32, an aide at the Health Ministry who signed a PACS with her girlfriend, Nathalie Mondot, 33, who expressed her view pointblank that “The notion of eternal marriage has grown obsolete.”

Sophie Lazzaro, 48, an event planter in Paris did not hold in voicing her opinion when she said that the reason why she was drawn to a civil union with her long time partner, Thierry Gallisant, 50, is because of legal protection and stability.

And civil union according to Lazzaro is ideologically suited for her generation, which came of age after the social rebellions of the 1960s. When she commented about traditional marriages, here’s what she declared, “Marriage has a side that’s very institutional and very square and religious, which didn’t fit for us.” 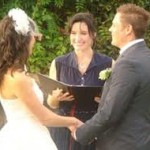 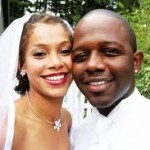