Contrary to what was reported earlier, a lawyer for Mariah Yeater has denied that her paternity suit has been withdrawn and insisted that negotiations to secure a confidential DNA test are still taking place.

Chicago based paternity lawyer Jeffrey Leving confirmed he is still very much on board and negotiations with teen star Justin Bieber’s legal team are still active. A report earlier today claimed Yeater’s legal team had resigned.

In a telephone interview with a Chicago news station today he confirmed: ‘I did not step down and there is a legal team.

‘It’s a new legal team. In light of death threats against my client, strategies have been reviewed, the San Diego team has been replaced by John Carlson from Los Angeles.

‘The case is completely out of control and I don’t want something terrible to happen to my client or her child.’

‘Secondly, negotiations are going on right now with Bieber’s council and we’re trying to negotiate a private, secure DNA test with the same safe guards that would exist if there were a court order, but without a court order.

However, it is still unclear whether or not Yeater’s case is still technically active in the courts, as Leving said he hopes he won’t have to file a new lawsuit.

And the public may never know the truth about the paternity of Yeater’s baby as Leving said: ‘My goal is that when the DNA test is completed, which I believe it will be… my goal is to keep everything confidential so the results will remain confidential.’

Which points to Yeater’s legal team pushing for a financial settlement, details of which would not be made public. 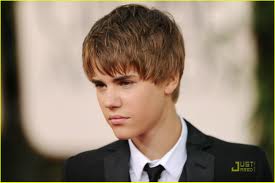