World no. 2, Rory McIlroy despite feeling unwell in the tournament was able to retain in third position trailing five shots behind second round leader Alvaro Quiros of Spain.

First round leader Peter Hanson slips for second spot. The 22 year old U.S. Open champion discloses that he could have contracted dengue fever that indicate he may have caught the serious mosquito borne disease during his extensive recent travels.

“They said it could have been dengue fever,” said McIlroy, whose tests reflected a low platelet and white blood cell count.

“To be honest I’m ready for the season to be done,” the 22-year-old Briton told reporters after firing a 71 in the second round.

McIlroy, who shrugged off his illness is locked head on with world number one Luke Donald for the top money list spot in Europe.

The Northern Irishman, who is second in the European money-list, needs to win this week to have any chance of displacing Donald at the top.

Donald remained in contention after finishing a 68 in the second round.
Quirós, though, appeared to have no inclination of relinquishing his advantage, the threat from the Spaniard is formidable, given that he has recorded one victory in the Middle East already this season, at the Dubai Desert Classic. 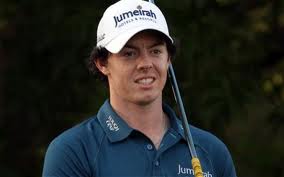