World no. 2, Rory McIlroy of Northern Ireland and Spanish golfer Alvaro Quiros both carded a one-under-par 69 to lie a shot clear on seven under.

McIlroy fell back into a tie for the lead with Quiros in the Hong Kong Open after bogeying two of his last three holes in the second round.

A win would help to cut Donald’s lead heading into the Dubai World Championship.
McIlroy blamed his poor finish on a hectic schedule that he admits was self-inflicted.

‘The last 10 weeks have been long,’ according to McIlroy. ‘It has been an experience, something I can learn from in the future.’ 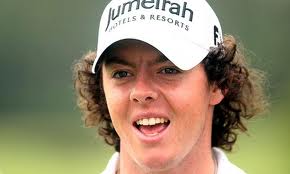