Scientists from the University of Gothenburg in Sweden, were surprised to find using regularly an exercise bike three times a week could have such a potent effect in preventing migraine.

They randomly assigned their subjects to one of three regimens for three months by spending 40 minutes on an exercise bike three times a week, relaxation therapy or daily dosage of topiramate.

The team, led by Dr Emma Varkey, studied 91 women from a single headache clinic in Sweden. They were between 18 and 65 years old, had neurologist-diagnosed migraine, with or without aura, and got headaches two to eight times per month.

Topiramate is a drug of first choice which has shown great effects in studies, according to Dr Varkey.

Previous studies have shown that both relaxation therapy and the prescription drug topiramate are able to prevent migraines. The latest study found exercise is just as effective.

Dr Varkey said topiramate was best at reducing the intensity of migraines when they did come. However, the drug can cause side effects such as numbness, vertigo and depressed mood.

None of the women in the relaxation group or exercise group reported side effects, but eight women making up a third of the topiramate group did and three withdrew from the study as a result.

“From a wider health-based perspective, it should be stressed that patients with migraine are less physically active than the general population, and that exercise has positive effects in terms of general well-being and the prevention of disease,” the team added. 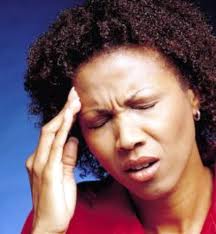