Earth Day marks the day as what many consider the birth of the modern environmental movement in the United States.

In its 42nd year, the occasion’s organizers have called on people worldwide to pledge ‘one billion acts of green’, ranging from switching off lights at home to eating locally grown food.

Earth Day devotees claimed one billion people would gather at events around the world to raise support for a sustainable future and draw attention to the havoc wrought by global warming.

Demonstrations were today taking place on every continent, as campaigners once again pooled their efforts to demand stricter rules on environmental protection.

In the U.S., mass events were planned across the country, with the main event set to take place at the National Mall, Washington DC, with bands and speakers.

With the Kyoto Protocol expiring this year, campaigners are calling for a new deal to curb global carbon emissions at the Rio de Janeiro Earth Summit this June.

On the eve of Earth Day, UN Secretary-General Ban Ki-moon called the Rio+20 summit a ‘once-in-a-generation opportunity that all of us must seize.’

He said: ‘We must use Rio+20 to promote better respect for nature and to cultivate an environment, natural and social, in which all children feel safe and all people can prosper.’

In a proclamation issued by the White House, President Barack Obama called on Americans to ‘recommit to the spirit of togetherness and shared responsibility that galvanized a movement 42 years ago.’

The White House statement hailed environmental laws which ‘ignited a spirit of stewardship that has driven progress for over four decades.’

President Obama also mentioned his own administration’s eco-friendly agenda, including new standards in fuel economy and limits on mercury and other toxic emissions from power plants.

‘Our country is on the path to economic recovery and renewal, and moving forward, my Administration will continue to fight for a healthy environment every step of the way,’ he proclaimed.

It was Gaylord Nelson who spearheaded the idea of Earth Day, he was then a senator from Wisconsin, when he realized that if he could infuse that youthful energy with an emerging public consciousness about air and water pollution, it would force environmental protection onto the national political agenda.

Senator Nelson then utilized the media in educating people and promote awareness on the environment and persuaded Pete McCloskey, a conservative congressman as his co-chair and Denis Hayes as national coordinator, who built a national staff of 85 to promote events across the U.S.

As a result, 20 million Americans took to the streets, parks, and auditoriums to demonstrate for a healthy, sustainable environment in massive coast-to-coast rallies.
Thousands of colleges and universities organized protests against the deterioration of the environment.

Groups that had been fighting against oil spills, polluting factories and power plants, raw sewage, toxic dumps, pesticides, road building, the loss of wilderness, and the extinction of wildlife suddenly realized they shared common values.

The first Earth Day led to the creation of the U.S. Environmental Protection Agency (EPA) and the passage of the Clean Air, Clean Water, and Endangered Species Acts.

Today, the success of the environmental movement is plain to see across the U.S., but its proponents nevertheless claim that it faces greater challenges than ever. 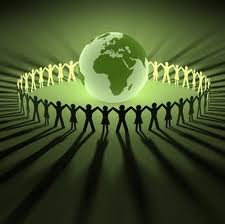