Avocado oil has shown in tests to fight free radicals, dangerous molecules which is said to cause aging, heart disease and cancer, according to scientists.

A research done in Mexico, the world’s largest avocado producer, the oil from avocado has demonstrated its power to combat destructive rogue oxygen molecules.

These are particularly common inside mitochondria, the tiny powerhouses in our cells that turn the food we eat into energy.

Many ‘antioxidant’ chemicals in vegetables and fruits such as carrots and tomatoes can mop up free radicals, but they can’t make their way inside mitochondria, but those in avocado can.

“The problem is that the antioxidants in those substances are unable to enter mitochondria,” said Mr Cortes-Rojo, from the University Michoacana de San Nicolas de Hidalgo in Morelia, Mexico.

‘So free radicals go on damaging mitochondria, causing energy production to stop and the cell to collapse and die.’

Unstable free radicals are natural waste products of metabolism but may be generated in greater numbers due to factors such as pollution, tobacco smoke and radiation.

They wreak havoc in the body, triggering chain reactions that destroy cell membranes, proteins and even DNA.

But the active ingredients in the avocado’s oil tackles the destructive force of free radicals which damage cells as we age, scientist say.

Experiments on yeast showed that avocado oil was effective against mitochondrial free radicals. Yeast cells treated with the oil were able to survive high exposure to iron, which triggers production of huge numbers of the molecules.

“These results could be attributed to the fact that avocado oil caused accelerated respiration in mitochondria, which indicate that the use of nutrients for producing energy for cell functions remains effective even in cells attacked by free radicals,” said Mr Cortes-Rojo.

Avocado oil is similar in composition to olive oil, consumption of which is associated with unusually low levels of chronic disease in some Mediterranean countries. 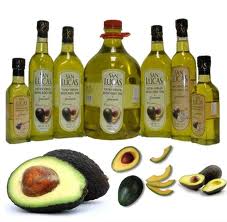