Prince William and Kate Middleton will be celebrating their first wedding anniversary next week.

It was almost a year ago that the couple’s high profile wedding ceremony was watched on television by billions of people worldwide.

William and Kate’s preference, to spend privately their first year together as husband and wife.

A spokesperson from St. James Palace would not comment on the couple’s plans for next Sunday’s anniversary.

They were married at Westminster Abbey as husband and wife on April 29 last year, followed by a honeymoon in the Seychelles, before touring Canada and California last summer then returned home to the UK to settle down to married life.

They have had an eventful twelve months together as a royal couple, thereafter.

William has recently returned from a six-week deployment in the Falkland Islands as an RAF Search and Rescue helicopter co-pilot, while Kate has carried out a string of solo engagements around the country.

The Duke and Duchess of Cambridge will take part in a number of public engagements in London, later this week.

The royal couple will attend the UK premiere of the documentary film African Cats at the BFI Southbank on Wednesday, where Prince William is a patron.

On Thursday, they will attend a reception at Goldsmiths’ Hall to celebrate two Army teams who recreated the famous race to the South Pole by adventurers Scott and Amundsen.

Later in the evening the Duke and Duchess of Cambridge will help launch the Imperial War Museum Foundation’s campaign to create new First World War galleries in anticipation of the centennial anniversary of the war in 2014. 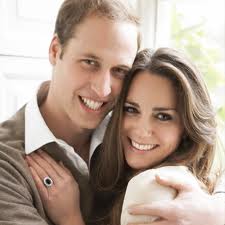